Biden to urge Democrats to back new $1.75 trillion spending framework

What is iGaming and how it Grew so Much as an Industry? 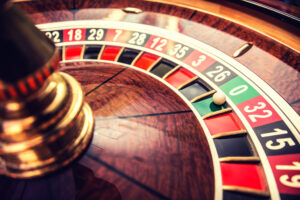 The concept of iGaming appeared in the early 2000s, just as the internet was becoming a bigger part of our daily lives.

Gambling has always had a significant role in our society, and the ability to enjoy it online completely transformed the industry, making it more readily available to the masses.

In its early days, iGaming was a relatively small industry, as only a small portion of the population had access to the internet, but that all changed quite fast.

Today, iGaming is a massive industry that’s only growing by the day, but we take a look at how we got here and why iGaming is as big as it is today.

How it All Started?

The introduction of high-speed internet meant that a variety of companies could now offer their products to customers over the world wide web, and this certainly included various gaming companies such as sportsbooks, casinos, and poker rooms.

Many of them jumped into the online space, without really knowing what to expect. The expansion of the internet came very fast and suddenly, and the iGaming industry was born, with many companies now making more from their online products than their live customers.

The early iGaming sites were simple and offered only a handful of games and services, but the lack of any regulation also meant that they could cater to customer worldwide without restrictions.

Regulation and Expansion of iGaming

The expansion of iGaming was fast and furious, and online casinos, poker sites, and bookmakers were growing at a pace they could not have anticipated.

In the mid-2000s, countries across Europe started adopting various regulation for online gambling, while the US took a firm stance against it, banning major online poker sites and casinos in the process.

The regulation slowed the expansion somewhat, as the companies now had to adhere to more strict protocols, and a number of iGaming sites had to shut down their operations because of it.

However, the newly regulated sites started providing the kind of iGaming experience that the players could only have dreamed of, taking iGaming to a whole new level.

The growth of the online casino industry saw dozens of software companies emerge, focusing specifically on the development of games for these online gaming operators.

Video slots became massively popular among players in Europe, Australia, and rest of the world, as hundreds of slot titles introduced countless new gameplay mechanics and gave players more entertainment value than live casinos ever could.

At the same time, online operators were able to offer massive casino sign up bonus offers, which booster players’ bankrolls and gave them additional incentive to sign up.

Before long, live casino games were added to casino lobbies, completing the iGaming experience and giving players everything they could have in a real casino, at home.

On top of online casinos, the iGaming industry also had massive success with sports betting, online poker and bingo products, all of which have been greatly improved since they went online.

The most recent addition to the world of iGaming are online fantasy sports, with daily fantasy sports completely revolutionizing the genre.

Fantasy sports is a trend that’s been going on in the US for decades, with friends and coworkers usually setting up private leagues.

Now, with the introduction of online fantasy sites, sports fans across the globe can come together in leagues made up of thousands of players, taking the experience to a whole new level and allowing for massive cash prizes to be won.

Read more:
What is iGaming and how it Grew so Much as an Industry?